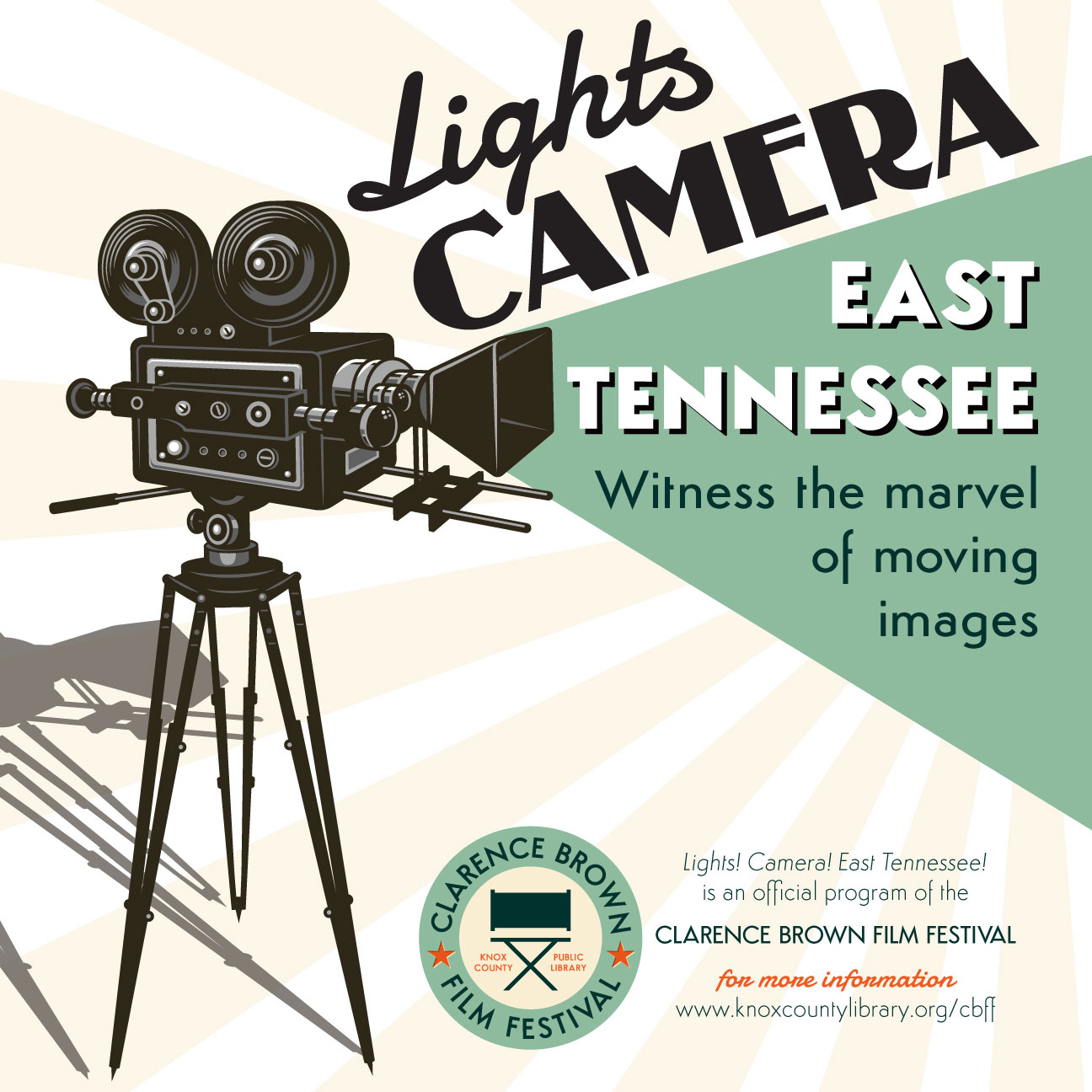 Our relationship to moving images is constantly evolving. Amid the global COVID-19 pandemic, for example, our use of–and reliance on–streaming services to access Hollywood blockbusters not only changed how we watch movies but also disrupted traditional models for financing and distributing such productions.

How did our relationship with moving images begin? What technological and cultural events sparked our interest in motion pictures as entertainment? And what role has East Tennessee and its people had in moviemaking?

Lights! Camera! East Tennessee! a new feature exhibition at the East Tennessee History Center, answers these questions by chronicling Knoxville’s contributions to film from the promotion of Thomas Edison’s Kinetoscope in 1895 to its use as a location for major productions currently in development. At the heart of the story is 35 mm film, shown both in urban theaters and suburban cineplexes and shot by itinerant filmmakers, documentarians, industrial filmmakers, and news reporters. Multiple screens featuring highlights from these genres anchor the exhibition.

Equally intriguing are the stories of how Knoxvillians made Hollywood history. Learn about Clarence Brown, a graduate of Knoxville High School and the University of Tennessee, who became one of MGM’s most prominent directors. And see why James Agee, known to us today as a Pulitzer Prize winning novelist, was better known as a film critic and screenwriter during his life.

Lights! Camera! East Tennessee! also spotlights the numerous actors from across East Tennessee who became Hollywood A-listers and the variety of films that were shot in East Tennessee, including A Walk in the Spring Rain (1970) and That Evening Sun (2009), both of which premiered in Knoxville.