1950 Census made available for research 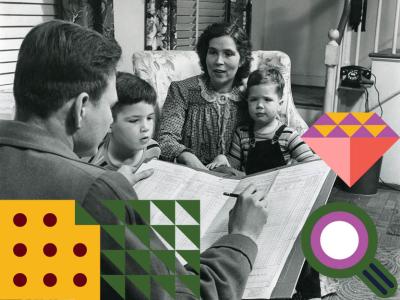 April 1, 2022—On this day 72 years ago, the headlines in The Knoxville News-Sentinel were echoes of the mid-20th century economic and population boom occurring across the United States—“Traffic Snarled Throughout the City,” “City Building Far Ahead for Quarter: Permits $3,000,000 Over Period in ’49,” “First Baby of April Fool’s Day Arrives at Baptist at 12:05 a.m.,” among others. While local newspapers took daily snapshots of burgeoning, post-World War II communities, between April 1 and June 30, 1950, the U.S. Census Bureau stitched together a panoramic view of the nation—the 17th decennial census or, more simply put, the 1950 Census.

Today, the 1950 Census meets its 72-year withholding threshold and is set to be released to the public, not only advancing the most recent census records available by a decade but also providing historical data for the start of what would become the Baby Boomer generation.

What is unique about the 1950 Census? How can you search it? Here’s what you need to know:

Do you have additional questions about the 1950 Census or need assistance searching its pages? Please know that archivists and librarians at the East Tennessee History Center are ready to help. Make plans to visit the past today!

Search the 1950 Census via Ancestry (Library Edition); access is available at the East Tennessee History Center.

Search the 1950 Census via FamilySearch.