Get to know Knoxville's literary giants 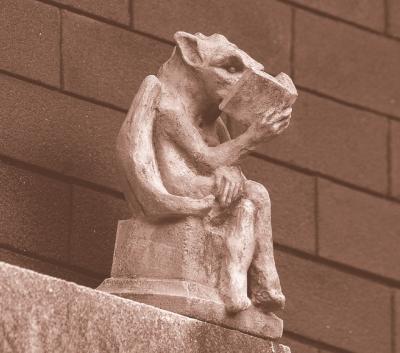 We don't know about the literary heritage of other cities, but Knoxville seems to have an abundance of literary giants. Maybe it’s the deep shadows of Appalachia or the roaming rivers that inspire novelists and journalists alike. More than some areas, we have a conflicted history – neither completely union nor confederate, southern nor mountain, bustling nor agricultural. Whatever the source, this town has been fodder for some of America’s most prominent writers.

In a newly published walking guide, Jack Neely and Paul James at the Knoxville History Project (KHP) have researched and compiled a 32-page booklet that makes the case for Knoxville’s rightful place in the literary world. From the flanks of this town, writers have influenced giants as big as Mark Twain and William Faulkner, given words to Katharine Hepburn and Humphrey Bogart in the script of “The African Queen”, become the “New York Times” most influential publisher, won Pulitzer Prizes in many categories, been the basis for some of Hollywood’s biggest blockbusters. Some books have been in print for more than 150 years.  You can learn about them all in this new guide.

Knoxville: A Walking Literary Guide is organized into four sections: Writer Bios, Literary Places, Maps, and Suggested Walks. You can follow in the footsteps of Cormac McCarthy’s character, Suttree, on the Catfish Walk; follow Rufus Agee’s trek through town on the Lifesaver Walk; or visit Nikki Giovanni's Knoxville on the East Vine Street tour.