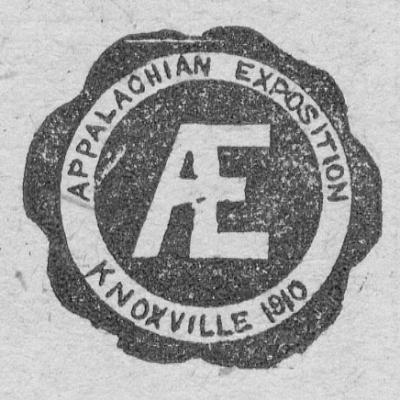 An ongoing project at the Calvin M. McClung Collection recently led to the discovery of the Knoxville News Sentinel’s Appalachian Exposition supplements. These publications were produced for both the 1910 and 1911 fairs. The 1910 exposition was held from September 12 - October 12, 1910, and the 1911 exposition ran from September 11 - October 1, 1911. While large fairs and expositions were common at this time, Knoxville’s 1910 exposition was notable because it was the first of its kind to be held in the southern Appalachian region.

These 8-page supplements provide a unique insight into what was going on daily at Chilhowee Park, during the expositions. They recount little known stories like the wild steer that got loose and ran amuck on the grounds, the popularity of the flea circus attraction, the two-week-old rat exhibit, the $1,400 dog, and many more.

In addition to these human-interest items, these supplements highlight the expositions’ special exhibits, shows, attractions, contests, concessions, and give a peek into the Midway Jungle as well as providing a list of those individuals who signed in at the Knoxville Sentinel’s visitor booth. Also included are daily event schedules and a map layout of the Appalachian Exposition grounds (1910). 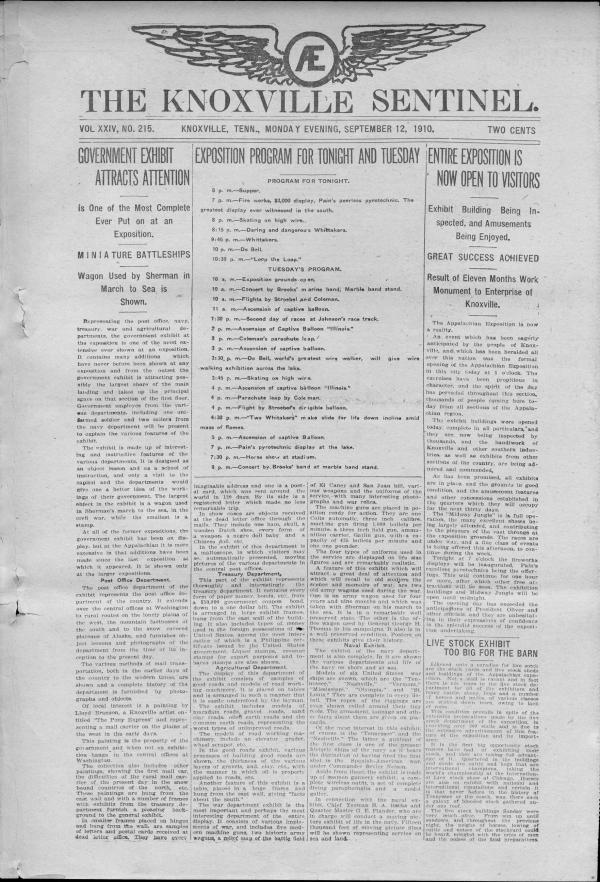 Full-page images of the special section published in the Knoxville Sentinel featuring the Appalachian Exposition.  Published daily (except for Sundays) during the 1910 and the 1911 expositions.  Full-text searching will soon be available.