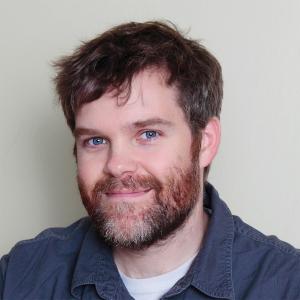 Jeffrey Brown is the New York Times bestselling cartoonist and author of the popular middle-grade Jedi Academy series. He was born in Grand Rapids, Michigan where he grew up dreaming he would draw comics for a living. After spending college focusing on fine art and then receiving his MFA in Painting & Drawing from The School of the Art Institute of Chicago, Jeffrey began drawing autobiographical graphic novels and realized making comics was what he should have been doing all along.

His books include graphic memoirs for adults, all-ages humorous parodies, Star Wars adventures, and the Lucy & Andy Neanderthal series. In addition to winning the Ignatz and Eisner awards for his work, his art has been exhibited in Chicago, Los Angeles, New York, and Paris. He currently lives in Chicago with his wife, two sons, and cat.

We're thrilled to have him at the Festival.