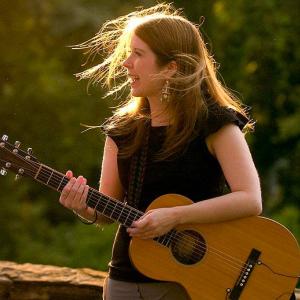 With her acoustic-based, Americana and blues-influenced folk rock, Jodie Manross has become one of East Tennessee’s top singer-songwriters. Known as “the little woman with the big voice,” this petite folk singer possesses a powerful voice much larger than her size and surprises audiences with her soulful delivery of songs. Performing in concert halls, coffeehouses, and colleges throughout the United States, Jodie has opened for many talented, diverse musicians such as B.B. King, John Mayer, Keb’ Mo’, Rusted Root, Jonatha Brooke, Dar Williams, Hayes Carll, Me’shell Ndegeocello, Norman Blake, Blind Boys of Alabama, and Leon Russell.

Of course, that is why parents will love Jodie. For kiddos, Jodie is the bomb. With a third grader herself, Jodie loves singing to the younger set. As a former children's librarian at KCPL, she's got the touch. Bluesy with a bounce or two. Parents and children alike will be charmed.