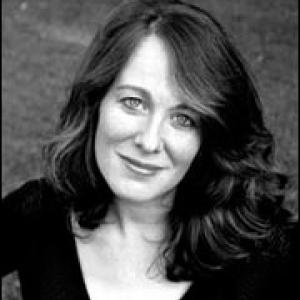 Laurel Snyder is the author of six novels for children including Bigger than a Bread Box, Penny Dreadful, Any Which Wall, Up and Down the Scratchy Mountains OR The Search for a Suitable Princess,” and Seven Stories Up.

She has also written many picture books, including Charlie and Mouse, The Forever Garden, Swan, the Life and Dance of Anna Pavlova, Nosh, Schlep, Schluff, and The Longest Night.

In addition to her books for children, Laurel has written two books of poems, Daphne & Jim: a choose-your-own-adventure biography in verse (Burnside Review Press, 2005) and The Myth of the Simple Machines (No Tell Books, 2007). She also edited an anthology of nonfiction, Half/Life: Jew-ish tales from Interfaith Homes (Soft Skull Press, 2006) A graduate of the Iowa Writers’ Workshop and a former Michener-Engle Fellow, Laurel has published work in The New York Times, The Boston Globe, the Utne Reader, the Chicago Sun-Times, the Revealer, Salon, The Iowa Review, American Letters and Commentary, and elsewhere. She is an occasional commentator for NPR’s All Things Considered, and she teaches in the MFAC program at Hamline University, and also in the creative writing department at Emory University.

A Baltimore native, Laurel now lives in Atlanta (in Ormewood Park), with her family. Which is really the best part.